You are here Home » The Secret

The Secret of Our Lady of Fatima

On July 13th 1917, the Blessed Virgin Mary entrusted a Secret to the three young shepherds, Lucia dos Santos and her cousins Jacinta and Francisco Marto. The Secret was told in three parts, which would later be revealed to the world. 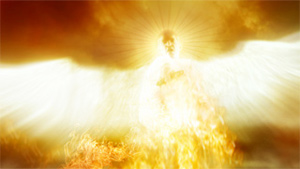 The Secret of Fatima, as it became known, were prophetic visions of future world events including: the advent and timing of the Second World War; the spread of communism; and the assassination of the Pope. But the Secret also held a message for the World as to how these events could be avoided. The message has since become known as the “Peace Plan from Heaven.” 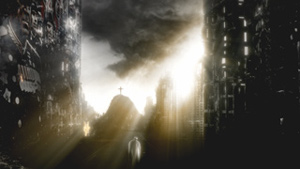 However, no part of the secret was made public until 1941, when the first two parts where revealed in a document written by Lucia to assist with the canonization of her cousins while the third was to remain secret until 1960. Lucia, inspired by another apparition, ‘chose’ the date for the final part of the Secret to be revealed, as “by that time it will be more clearly understood”.

The first part of the Secret was a vision of Hell:

“Our Lady showed us a great sea of fire which seemed to be under the earth. Plunged in this fire were demons and souls in human form, like transparent burning embers, all blackened or burnished bronze, floating about in the conflagration…… This vision lasted but an instant.” 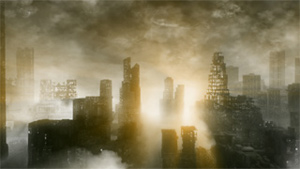 The second part of the Secret was Mary’s instruction of how to save souls from Hell…and to prevent the second world war.

“You have seen hell where the souls of poor sinners go. To save them, God wishes to establish in the world devotion to my Immaculate Heart. If what I say to you is done, many souls will be saved and there will be peace. The war is going to end: but if people do not cease offending God, a worse one will break out during the Pontificate of Pius XI. When you see a night illumined by an unknown light, know that is the great sign given you by God that he is about to punish the world for its crimes, by means of war, famine, and persecutions of the Church and of the Holy Father. To prevent this, I shall come to ask for the consecration of Russia to my Immaculate Heart, and the Communion of reparation on the first Saturdays.” The third part of the Secret detailed the assassination of the Pope and the martyrdom of religious and lay people. 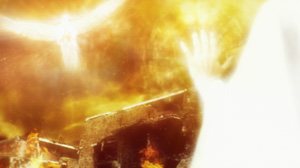 ….we saw an Angel with a flaming sword in his left hand; flashing, it gave out flames that looked as though they would set the world on fire; but they died out in contact with the splendour that Our Lady radiated towards him from her right hand: pointing to the earth with his right hand, the Angel cried out in a loud voice: ‘Penance, Penance, Penance!’. And we saw in an immense light that is God: ‘something similar to how people appear in a mirror when they pass in front of it’ a bishop dressed in White, ‘we had the impression that it was the Holy Father.’ Other Bishops, priests and men and women Religious going up a steep mountain, at the top of which there was a big Cross of rough-hewn trunks as of a cork-tree with the bark; before reaching there the Holy Father passed through a big city half in ruins and half trembling with halting step, afflicted with pain and sorrow, he prayed for the souls of the corpses he met on his way; having reached the top of the mountain, on his knees at the foot of the big cross, he was killed by a group of soldiers who fired bullets and arrows at him, and in the same way there died one after another the other Bishops, Priests …….. Beneath the two arms of the Cross there were two Angels each with a crystal aspersorium in his hand, in which they gathered up the blood of the Martyrs and with it sprinkled the souls that were making their way to God”. 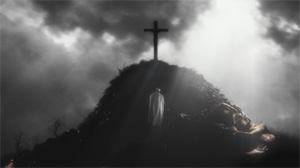 Due to the long delay in revealing the third part of the Secret, all manner of theories circulated the Church. Some claimed that it spoke of nuclear war, the deposition of the Pope, the assassination of a Pope, or the replacement of a Pope by an imposter. Finally, during a visit to Portugal for the beatification of the visionaries Francisco and Jacinta, Pope John Paul II announced that he had decided to make the text of the third part of the secret public. A few months later, the text was released by the Vatican, together with a discussion of the meaning of the text:

It is said that Pope John Paul II believed that the text refers to the failed assassination attempt against him by Mehmet Ali Aga on May 13, 1981. 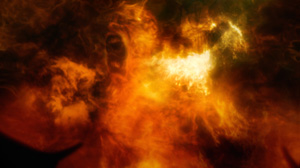 But this interpretation is disputed by some for fact that it was not made public for another nineteen years.

From Wikipedia, the free encyclopaedia.

For further information regarding the Third Secret follow the links below: Wikipedia

Vatican’s website text of the Secret, together with analysis by the Congregation for the Doctrine of the Faith and scanned images of the original documents.

A 1980 interview with Pope John Paul II about his view of the Third Secret.

If you would like any further information regarding The Secret of Fatima or our Fatima Film then contact us or Buy the DVD online today.